This interview originally appeared on The Avid Reader 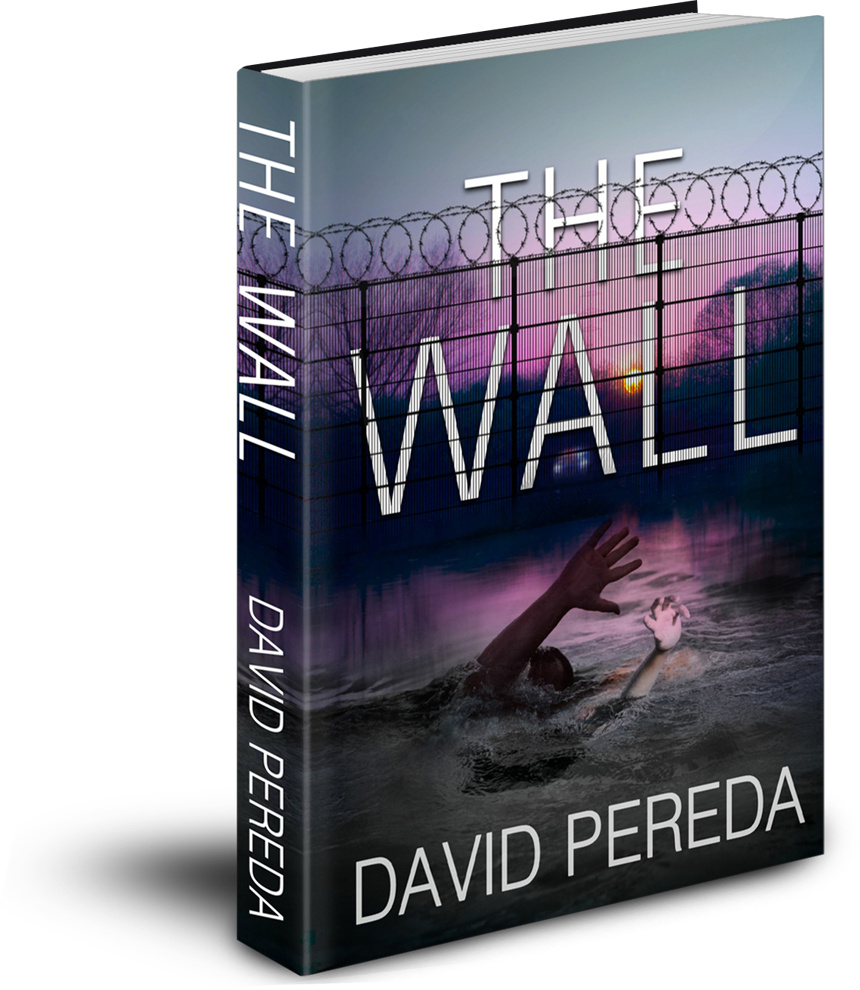 What made you want to become a writer?

I don’t know who or what inspired me to become a writer. I was a voracious reader as a little kid and read everything, but I mainly loved reading westerns. I was eight or nine when I wrote my first novel in Spanish, a western called David Patterson, El Temerario. I wrote it by hand, and my favorite uncle typed it for me. I remember thinking in my ignorant youth that I could write better than many Western authors, which motivated me to write the novel. (My favorite western authors were Zane Grey, Max Brand, and Louis L’Amour. I still have all of Max Brand’s books, by the way). After that, I just kept on writing.

What inspired you to write THE WALL?

I owe the idea for this novel to my undocumented students. During the past fourteen years, I have taught ESL (English as a Second Language) to thousands of students from all over the world. They shared their usually happy, sometimes sad, but always poignant and courageous stories of coming to America. Over the years of listening to the accounts of my undocumented students, I felt the need to write a meaningful but entertaining novel that would address controversial immigration problems in our country but wouldn’t preach. THE WALL is that novel, and many of the most dramatic episodes described in the book happened.

Can you tell us a little bit about the characters in THE WALL?

The Wall is the saga of two families threatened by gangs who flee El Salvador crossing three borders and facing multiple obstacles seeking a better life in the United States.

The main characters in the book are:

– His movie-star, womanizing, swashbuckling friend and also ex-Marine, Prince Alexander Stanislaw Poniawtoski—Alex to his friends and Prince Stanislaw to everyone else

– Domingo Jimenez and his wife Blanca, owners of a “Repair All” store across from Thomas and Cecilia’s restaurant

– Nancy, the most dramatic character in the book. Nancy is the four-year-old daughter of Domingo and Blanca and symbolizes hope and love and innocence and redemption. She is the character who ties the entire book together and where all the storylines converge. Nancy is like that red dot hidden in paintings that you never notice but makes you react and assimilate the artistic composition.

My favorite author is Ernest Hemingway. I read Cervantes’s Don Quijote when I was seven, and the Greeks, and Steinbeck, and Emilio Salgari, and Sherwood Anderson, and Fitzgerald, and Jane Austen, and Mary Louise Alcott, and Daphne Du Maurier, and many other great writers, but it was when I read The Old Man and The Sea (the first Hemingway book I ever read) that the strength of the writing bowled me over. I made Hemingway my favorite author then and have never wavered. However, my favorite Hemingway book has changed from The Old Man and the Sea to The Sun Also Rises, which I believe is his masterpiece.

Can you tell us a little bit about your following books or what you have planned for the future?

I’m halfway through writing another novel with the main characters of THE WALL, a thriller titled GOLDEN, already scheduled for publication in 2022. Someone is trying to kill Alex, and he doesn’t know who—so, he enlists the help of his best friend Thomas and they chase around the world following leads looking for the responsible individual until they finally find who the person is: and it is shocking. You can read the first chapter of GOLDEN at the end of THE WALL.

What did you enjoy most about writing this book?

I enjoyed just about everything about writing this book. It was bubbling inside me, so I had no problems connecting the storyline chapter by chapter. I let the main characters tell the story, and the secondary characters and the minor, colorful characters appeared magically along the way. At the Dean’s request at the college where I teach, who wanted to entertain students and staff during the pandemic, I serialized the novel online, as I was writing it, a chapter at a time, on the Creative Writer’s Workshop. I’ve never done something like that before, and it was an exhilarating experience. The novel became hugely popular, and I developed a fan base eagerly waiting for each weekly installment. I couldn’t let those readers down, so I forced myself to write and post online a chapter every week—which helped me finish the novel on record time.

It was such a great experience that I’m doing the same thing with GOLDEN, serializing the novel online a chapter a week on the Creative Writer’s Workshop—and with the same results. I am already halfway through writing GOLDEN, and its weekly readership has already reached 500.