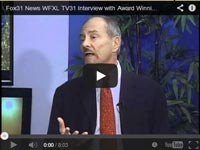 With the advent of digital technologies like the Kindle and the Nook, which have fueled an exponential growth in electronic publishing, there has also been a mushrooming in organizations handing out literary awards. We all know the impact a major award like the Nobel Prize, the National Book Award, or the Pulitzer Prize can have on an author’s career — or, on a more specialized basis, the Edgar, Shamus or Anthony awards.
But what about all the other awards littering the landscape. Are these minor literary awards worth it?

The answer is a resounding yes, and the reasons are plentiful. Here are five of them:
1- They give beginning writers confidence
2- They provide established writers with a yardstick to be measured against
3- They outline a step-by-step learning process — first compete in the easier ones and then move on to the harder ones
4- They allow winners to add these wonderful words to their bios: “award-winning writer”
5- They provide winners with gold stickers to attach to their books, thereby making them more attractive to potential buyers

As an author I know always says, “To win a minor literary award, you don’t have to beat the best writers in the world; you just have to be better than the rest of your competition.”

Now, mind you, don’t think for a moment that it’s easy to win any of these minor literary awards. It isn’t. There are many good writers entering those competitions, and they are trying to win too.

The FWA Royal Palm Award is handed out once a year and it is a prestigious award, available throughout the United States and internationally. FWA (Florida Writers Association) is the largest writers’ organization in Florida, consisting of more than one thousand members, and with chapters all over the state of Florida and other states, including North Carolina. Awards in different categories are handed out at the Florida Writers Association Annual Conference, usually held at Disney World every year, and attended by thousands.

The FWA Lighthouse Book Award is handed out annually at Ponte Vedra, Florida, and it’s available to all FWA members as well as writers from all over the United States.

The Indie Book Awards are held annually and many authors and small publishers compete.

The Readers Favorite Award is held annually, too, and many small publishers compete. This year’s award ceremony will be held in Miami in November during the Miami Book Fair.

There are dozens, if not hundreds, of other minor literary awards – ranging from those handed out by tiny writers’ groups to those promoted by large organizations charging hefty fees. I encourage you to get on the Internet and check them out. All you need to do is Google “literary awards” and they’ll come charging at you like a herd of spooked wildebeests. Unless you are an experienced writer, I suggest you bypass the contests with the hefty fees and concentrate on the smaller ones for now, which are often free — or charge a nominal fee to enter. Later, when you have gained more experience, you can try the larger awards with the hefty fees.

What’s my next step regarding awards? I’m considering moving up in competition. Hopefully, I’ll be able to compete in the Edgar, the Shamus or the Anthony with my next book — a thriller I’m currently writing as the third installment of my Havana Series of thrillers titled, Twin Powers.

So, to summarize: Are minor literary awards worth it? Yes.

And if you happen to be an aspiring writer wishing to make a name for yourself, I have a word of advice for you — and, no, I’m not a spokesman for Nike: Do it! Find a suitable literary award competition for your level of writing, polish up that short story or novel in your drawer you think so highly of but are afraid to show anybody, and get out of your cave and go find the cheese.

As Theodore Roosevelt said, “The credit belongs to the man who is actually in the arena; who strives valiantly who errs and comes short again and again; who at the best knows in the end the triumph of high achievement; and who at the worst, if he fails, at least fails while daring greatly; so that his place shall never be with those cold and timid souls who know neither victory nor defeat.”

David Pereda is the award-winning author of six novels, dozens of articles and a handful of poems. His latest romantic suspense novel, However Long the Night, published by Eternal Press in February 2012, has received rave reviews. Visit www.davidpereda.com